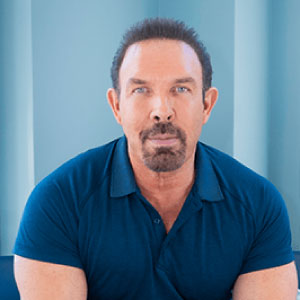 Dan Holtz opened Beverly Hills Rejuvenation Center in 2005 with business partner Devin Haman. Known as the “Wellness Expert to the Stars,” Dan believes that every individual has the right to look and feel their best. Dan’s journey to founding BHRC started in the 1990’s, as he noticed his health gradually deteriorating.

Although Dan Holtz always stayed in shape and ate well, he began to notice his health deteriorating. As his body fat increased and immune system decreased, he realized that there was something wrong.

After a great deal of visits to the doctor and countless tests, Holtz finally found the source of his problem: significantly reduced hormone levels. As he had always maintained a healthy lifestyle, these results came as a shock, and ultimately launched Dan on a path to maximize his health.

As he researched the problem, Dan learned that he was not alone in suffering from a decline in hormonal health. By the age of 35, most men and women face declining hormonal and immune systems. At the time, anti-aging science was still relatively new, and unfortunately, clinics to help treat problems such as hormonal decline were unavailable.

Recognizing the need for clinics to help others like him, Holtz began to conceive the idea that would become the Beverly Hills Rejuvenation Center. In 2005 that vision came to life when Dan Holtz first opened BHRC with business partner Devin Haman.

Thank you! Your submission has been received!
Oops! Something went wrong while submitting the form.