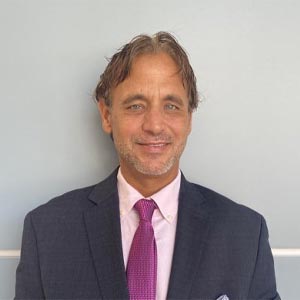 It’s a family affair for Zach Samios and his father, Nick Samios. Currently building 4 more of the seven Beverly Hills Rejuvenation Center (BHRC) franchises and operator of three locations in La Jolla, Huntington Beach, and Del Mar Highlands, the father and son dynamos are entrepreneurs by nature. It all began in Baltimore, Maryland when he became one of the first Jiffy Lube franchisees, signing an agreement in 1978 and operating 17 locations until 1992.

From 1997-2008, Zach’s father and brothers, built, owned, and operated 34 Papa John’s franchise stores in the Orange County/Riverside communities. During their ownership, the Samios family was nominated as Franchisee of the Year for 3 years in a row before selling the company in 2008.

Zach became interested in the medical spa industry when his wife expanded her own skincare line, called Radical Skincare. The then stay-at-home father and primary caretaker of a growing family were initially introduced to the BHRC concept as a patient/client in 2007 while recovering from several back surgeries. He was so impressed by the life-changing impacts BHRC had on his own life, that he approached the founders with his father about becoming a franchisee. In 2019, Zach and his father signed an area development agreement with BHRC and the rest is history.